Blog 41 🏡 January already (actually it’s February when writing this but time moves so fast ! ) Had our first snow this month, two lots but not as bad as last Winter, not yet anyway ! Somehow a conversation one day developed into a visit to Ferne Animal Sanctuary ( Animal Rescue Centre ) on the 21st of this month to see a couple of rescue ex-breeding Shitz dogs, age around 5 years old (10/01/2014), which were found on a ‘puppy farm’ in Wales & that’s all the Sanctuary know about them, they were to stay together as they were very timid, to the point they did not know how to walk with a lead, not quite house trained, run away and hide if you went near them. So can you imagine when we saw them that they just had to come home for lots & lots of love & cuddles. So after all the checks Edna and Edith came home on 25th January. Smudge & Toby our Cocker Spaniels seemed very chilled out about the new arrivals, maybe they thought they were just staying overnight !! We decided to keep the names the Sanctuary had given them, sweet & old fashioned names. So we now are officially a four dog family ! 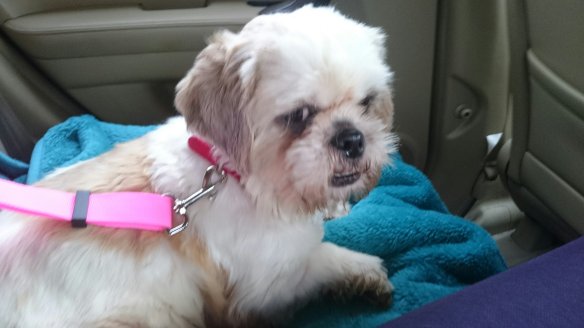 Our first trip out together to Seaton Beach, Edna walked fine, Edith needed some carrying 🐶🐕
So when the first snow of the Winter came our way it was great to introduce Edna & Edith to the white stuff ! Smudge and Toby take the white stuff in their stride, they all had fun walking in it, maybe not Edith ⬇ 🐾🐾 ! 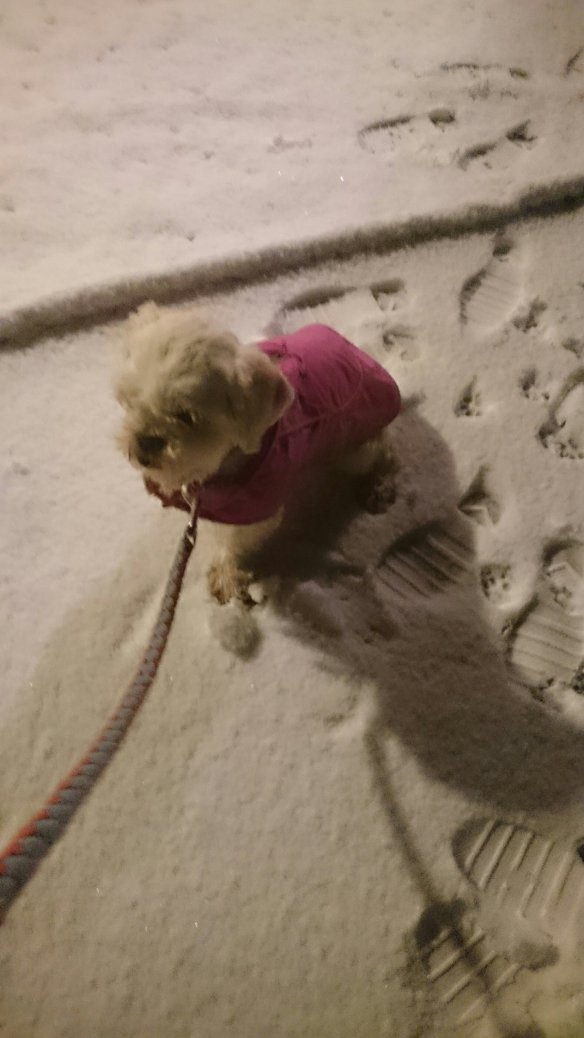 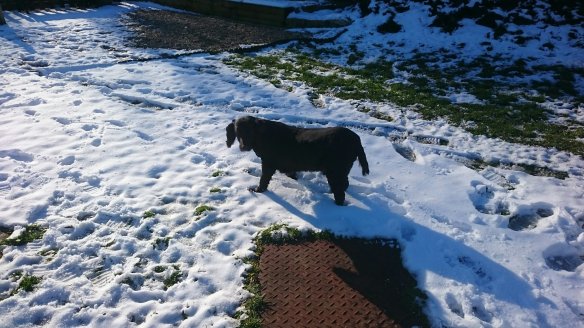 Edna was quite confident straight away, walking well with a lead but Edith would not move when you put her in the garden, no way was she going to go anywhere ! She’s fine indoors so being persistent will get her walking outside, it’s only outside she has a problem with, she does not like grown ups when we are out walking, she freezes ! But sees a dog and she’s off to chase them ! We’ve been on a few beach visits. Keep at it, that’s the best way. 🐕🐶🐾🐕🐶🐾🐕🐶🐾🐕🐶🐾🐕🐶